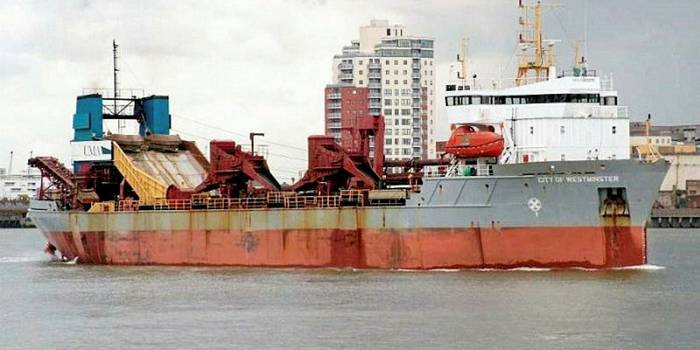 Southampton Magistrates Court has fined Tarmac Marine £120,000  for failing to properly deal with asbestos within one of their ships and failing to keep their crew safe.

In January 2014 a survey identified the presence of asbestos in pipework aboard the Dredger The City of Westminster operated by Tarmac Marine.

It was  recommended that the asbestos was “dealt with immediately”.

However, Tarmac Marine did nothing and the ship’s crew were not informed of the presence of asbestos on the vessel.

The asbestos  didn’t finally come to light until two years later when the ship was required to produce an asbestos free certificate to berth in the Port of Tyne.

The ship’s master asked for an asbestos free certificate from Tarmac’s managers and in response the 12 crew were allegedly asked to “paint over the affected parts of the vessel with standard paint, in order to cover over the asbestos”. The crew refused this request .

A crew member then informed the seaman’s union Nautilus and the Maritime & Coastguard Agency were alerted.

Tarmac Marine pleaded guilty to four offences including failing to carry out a risk assessment of exposure to asbestos by the crew, failing to have an asbestos management plan in place and failing to provide relevant information about asbestos to workers.

Tarmac Marine’s failure to act has put its employees at risk of developing serious asbestos related illnesses such as the asbestos cancer mesothelioma.

“It is completely shocking that even now with the risks of asbestos so well known a company is prepared to  conceal the presence of asbestos and puts its employees at risk of asbestos related diseases such as the asbestos cancer mesothelioma.”