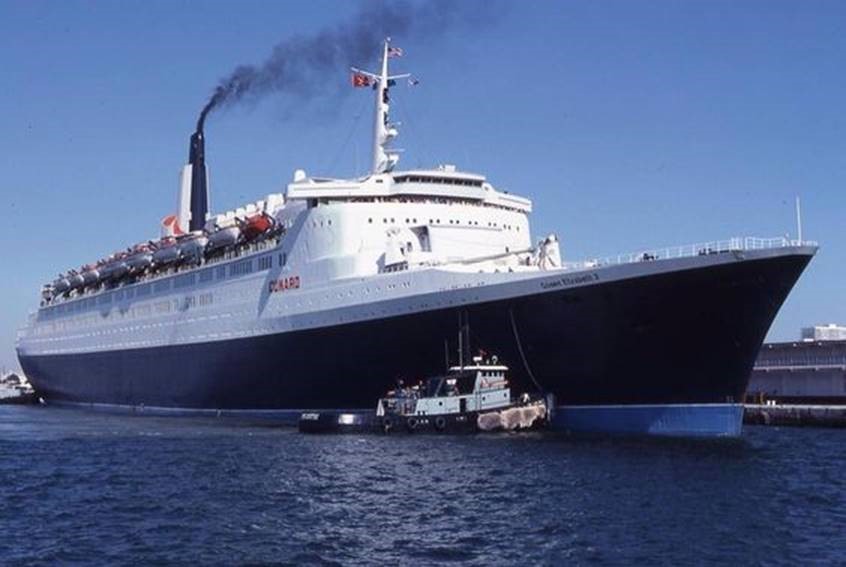 The children of a mesothelioma sufferer from Bradford have received compensation following his death from the asbestos related cancer in July 2017. W and his family contacted the firm 8 days before he died. Within a few days we obtained a statement from W about his work history and exposure to asbestos dust, preserving evidence vital to the case.

W, was employed by Leeds shop fitting company, William Mason & Son Ltd between 1950 and 1971, initially serving his apprenticeship as a French polisher before qualifying and then working on 'quick fix' jobs with other tradesmen, including joiners, where he was involved in gutting out and refitting shops.

William Masons were based on Gelderd Road, Leeds. In later years they were known as Mason Nordia Ltd and Aker Mason Ltd. The company were famous for fitting out ships like The Canberra and The Queen Elizabeth 2 (QE2) liner. They also did fitting work at factories and shop fitting work in shops like Boots The Chemist around the country.

W was exposed to asbestos dust in Masons factory on Gelderd Road when he worked close to joiners who cut asbestos sheets on circular saws on a daily basis. W would also assist the joiners by carrying the asbestos sheets from the machine shop to the panelling shop. The cut asbestos was sandwiched between wooden panels that were eventually finished with a veneer. W would spray the veneer with lacquer and polish it. The finished asbestos insulated panelling was fitted on ships and made into counters for shops.

W was also exposed to asbestos dust on the ‘quick fix’ jobs as he ripped out asbestos ceilings and partitions and cleared away the debris and rubbish.

W was not provided with any protection. There was no masks, warnings or medicals.

Sadly, W like many other former Masons' employees, died of the asbestos related illness, mesothelioma, more than 40 years after his exposure ended.

W’s family brought a claim against the insurers of William Masons for his death. The claim was settled without the need to issue court proceedings for a significant sum within 8 months of us being contacted.

The family’s representative commented: “I really appreciate the personal contact you had with W before he died, which with further explanation helped to allay any fears that he and we, the family, were doing the right thing in bringing the case. It's a sop to pick up from some media a negative stance towards suing. However, under closer examination and now from first-hand experience I see the manifold benefits of industrial injuries litigation. Well done. “

The family were represented by Fozia Hussain of The Asbestos Law Partnership LLP who commented "I am pleased we were able to reach a settlement in this case and bring closure for W's family. Tragically W died within 8 days of the firm being contacted. By seeing W quickly after being instructed I was able to find out where he worked and how he was exposed to asbestos. The detailed and direct evidence from W about his asbestos exposure meant the insurers couldn’t fight the claim. It enabled us to successfully conclude the case."