On the 9th April 2018 I had the pleasure of hearing Mavis Nye and her husband Ray speak at the Living Well with Mesothelioma Group meeting in Manchester which is run by Mesothelioma UK and the Greater Manchester Asbestos Victim Support Group. 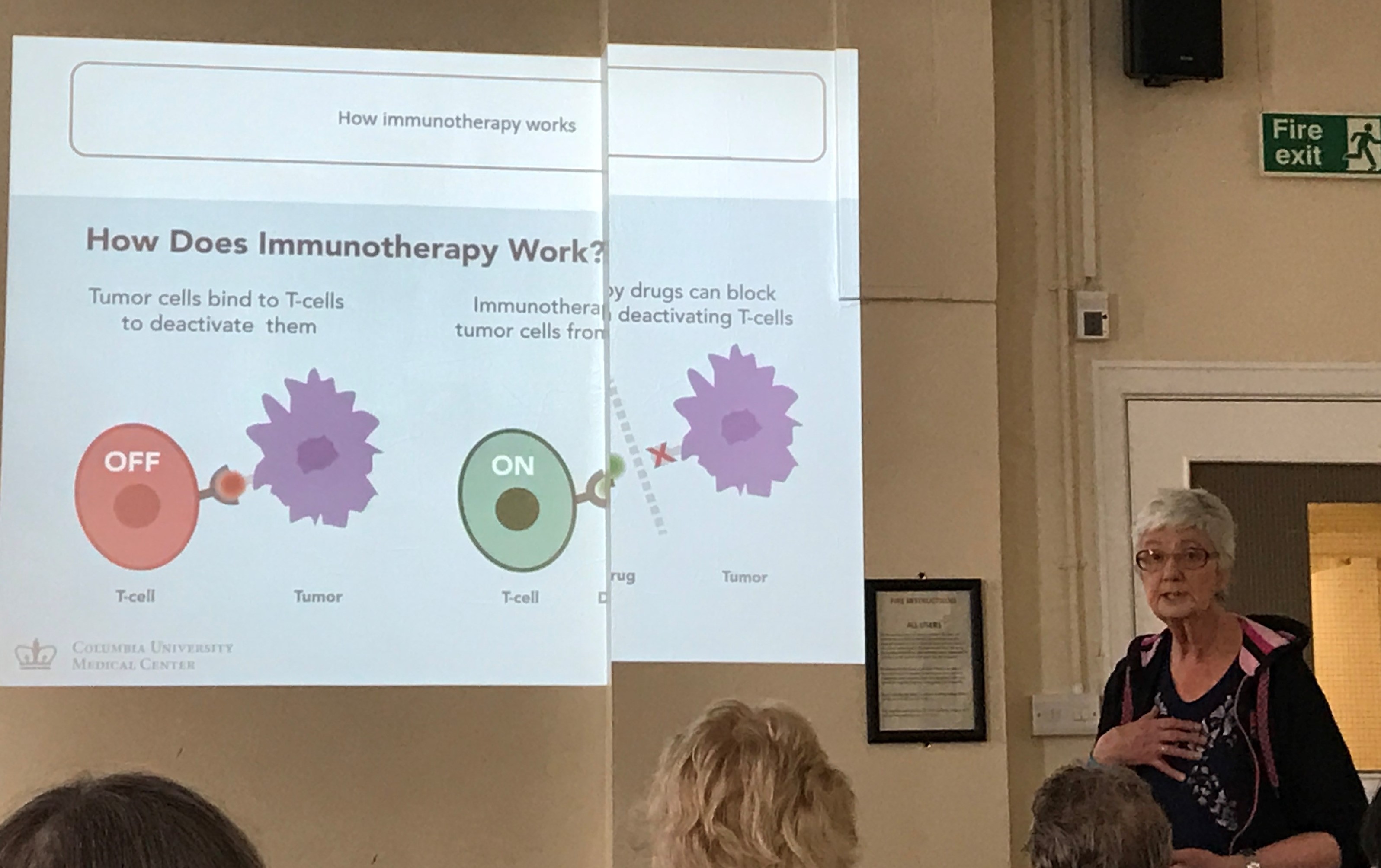 Mavis Nye was diagnosed with mesothelioma in 2009 and given three months to live. She has battled the disease ferociously since that time. She has undergone various different treatments, including chemotherapy and immunotherapy. Her battle continues.

Mavis, like many women who develop mesothelioma was not exposed to asbestos at work. She was exposed to asbestos from her husband’s overalls. Ray and Mavis had met in the 1950’s. He worked in the shipbuilding industry. Ray was an apprentice in the Royal Naval Dockyard in Chatham. Ray and Mavis would meet up at lunchtime and after work when Ray would have asbestos dust on his overalls. Later after National Service, Ray returned to the dockyard and by then he and Mavis were married. He would bring his overalls home contaminated with asbestos for Mavis to wash.

Ray, like many other men at that time, went to work in overalls which they then brought home for their wives and mothers to wash. Many men had worked with asbestos and so those overalls were contaminated with asbestos dust. Wives and mothers shook out their husband’s and children’s overalls and washed them often in the then modern invention, the twin tub. Little did they or their husband’s or children know that they were putting themselves at risk of developing mesothelioma decades later.

Both Mavis and Ray spoke at the meeting and told their story and like all stories theirs was unique. They explained their story from the beginning when they met to their recent battles. Mavis explained the highs and the lows of her treatment.

It became clear that she had gone through gruelling amounts of chemotherapy. She carried on with chemotherapy until as she put it, it became toxic to her. Mavis went on a clinical trial of immunotherapy at the Royal Marsden. For her the immunotherapy has had a positive effect and has kept her mesothelioma at bay. Mavis herself doesn't know why that is or why she has done so well on the treatment. At the time that she was on the immunotherapy, she also had to take some antibiotics and she wondered if this may have had an effect.

Mavis has set up the Mavis Nye Foundation to help those who are diagnosed with mesothelioma. She has also become involved with various other organisations and advisory committees. She clearly has a passion for what she is doing.

Not long after the meeting, Mavis put on a post on her blog that her mesothelioma has come back. What is clear is that she will not be giving up.

Whilst no one knows what the future may hold, what I can say for certain is for a woman who was told she had 3 months to live in 2009, she looked very well!