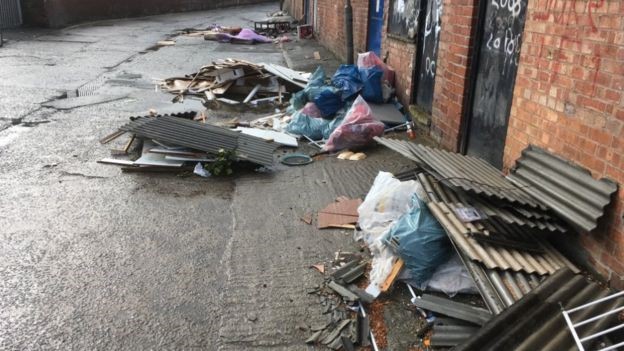 Two fly-tippers who were filmed dumping waste including asbestos have each pleaded guilty to fly-tipping and were sentenced to prison for 32 weeks between them by Liverpool Magistrates Court.

George Parry and David Smith ran a “man and van service” and were covertly filmed by the council and police dumping asbestos sheeting and bags of asbestos waste in April 2016 in an area used by young children putting them at risk of asbestos exposure.

Steve Munby, cabinet member for waste services at Liverpool City Council, said fly-tipping had "a huge environmental and financial cost" and "must be fought tooth and nail".

Click here for the BBC’s article and video of the fly-tippers.

Paul Glanville of The Asbestos Law Partnership commented “Exposing children and other members of the public to asbestos is completely unacceptable. Those exposed to asbestos by these fly-tippers now have the risk that they may develop asbestos related conditions in the future including mesothelioma all to save money. It is vital that asbestos is always removed and disposed of following the correct procedures to ensure no-one is exposed to deadly asbestos fibres.”