35 Years Since Alice A Fight For Life Documentary 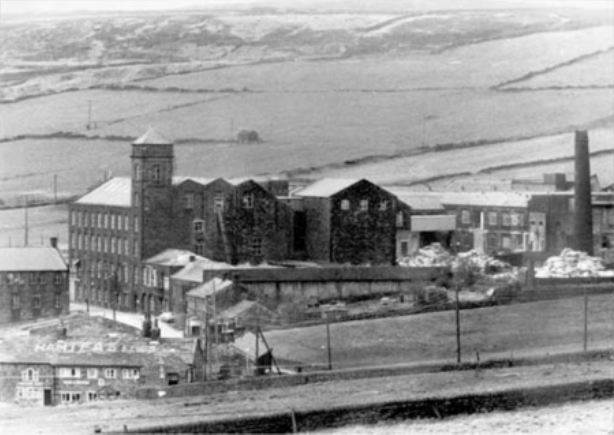 35 years ago, Alice Jefferson (pictured above), made a claim against Cape Asbestos. She was diagnosed with mesothelioma from working in their Acre Mill factory (pictured above) in Hebden Bridge.

She only worked there for a few months when she was 17. Her story became the focus of the ground breaking documentary, Alice – A fight for life which was shown on ITV at prime time on the 20th July 1982.

The case was defended by Cape who offered to settle without a trial for just £13,000, significantly less than the case was worth. Alice went go to court and gave evidence. She was awarded £36,000 a significant award at that time.

Alice who was 47 was a mother of 2 children aged 15 and 5. Alice died within weeks of filming ending.

The documentary had a significant effect on the asbestos industry .

The programme was one of the choice programmes of the day in The Times Newspaper with the comment that “Alice – A Fight For Life, portends to be a horrifying indictment of asbestos and those who deal in it.”

In 2010, Dr Geoffrey Tweedale wrote: “The documentary's impact was far reaching. As Wilf Penney, the asbestos industry's PR man, put it: 'Until the Alice film the various programmes on asbestos made since 1975 had little lasting impact on either the public or the industry… [but Alice] was a different kettle of fish. It was a highly personalised, very emotional, tragic record of one person's suffering. It was two years in the making and was, to put it mildly, a blockbuster' It hit Turner & Newall's share price and triggered public outage around the country”

Since then, asbestos companies, employers and insurers have continued to fight asbestos cases, the numbers dying from mesothelioma has increased and sufferers continue to fight for compensation.

Arthur Margereson died in 1991 from mesothelioma. He was exposed to asbestos playing in the yard at the JW Roberts (Turner & Newall) Factory in Armley, between 1933 and 1939.

Turners defended the case saying mesothelioma wasn’t known about in the 1930’s, 40’s & 50’s nor that dust escaping from a factory caused injury. They didn’t disclose documents until shortly before trial despite the judge telling them to. The documents showed they did know the dangers in the 30’s. Mrs Margerson was awarded £50,000, a decision upheld by the Court of Appeal.

John Pickering who represented Mrs Margereson’s said “the lesson to be learned was that an asbestos company will go to any lengths to oppose claims for compensation. The judge said that T&N used all methods that were legitimate and illegitimate in resisting the claim.”

There were the cases of Fairchild and Barker. In Fairchild, insurers argued a mesothelioma sufferer wasn’t entitled to compensation when they have been exposed to asbestos by more than one employer and couldn’t say which employer had caused their illness. The House of Lords disagreed saying where an employer had put an employee at a risk of developing mesothelioma they had to pay compensation. What followed though was Barker. The House of Lords found that whilst an employer (or insurer) had to pay compensation they only had to pay based on the amount of exposure the sufferer had with them compared to other employers. Barker was swiftly reversed by the Compensation Act 2006, reinstating full compensation.

There have been many other cases where insurers have fought asbestos sufferers right to compensation. In Heneghan insurers successfully argued lung cancer sufferers were only entitled to partial compensation where they are unable to pursue all of their employers who exposed them to asbestos.

Most cases don’t make it to a final hearing as they settle beforehand but it doesn’t make the victory any less important and means a sufferer or their family receives the compensation they are entitled to. In 2017 mesothelioma sufferers continue to fight for compensation just as Alice Jefferson did in 1982.